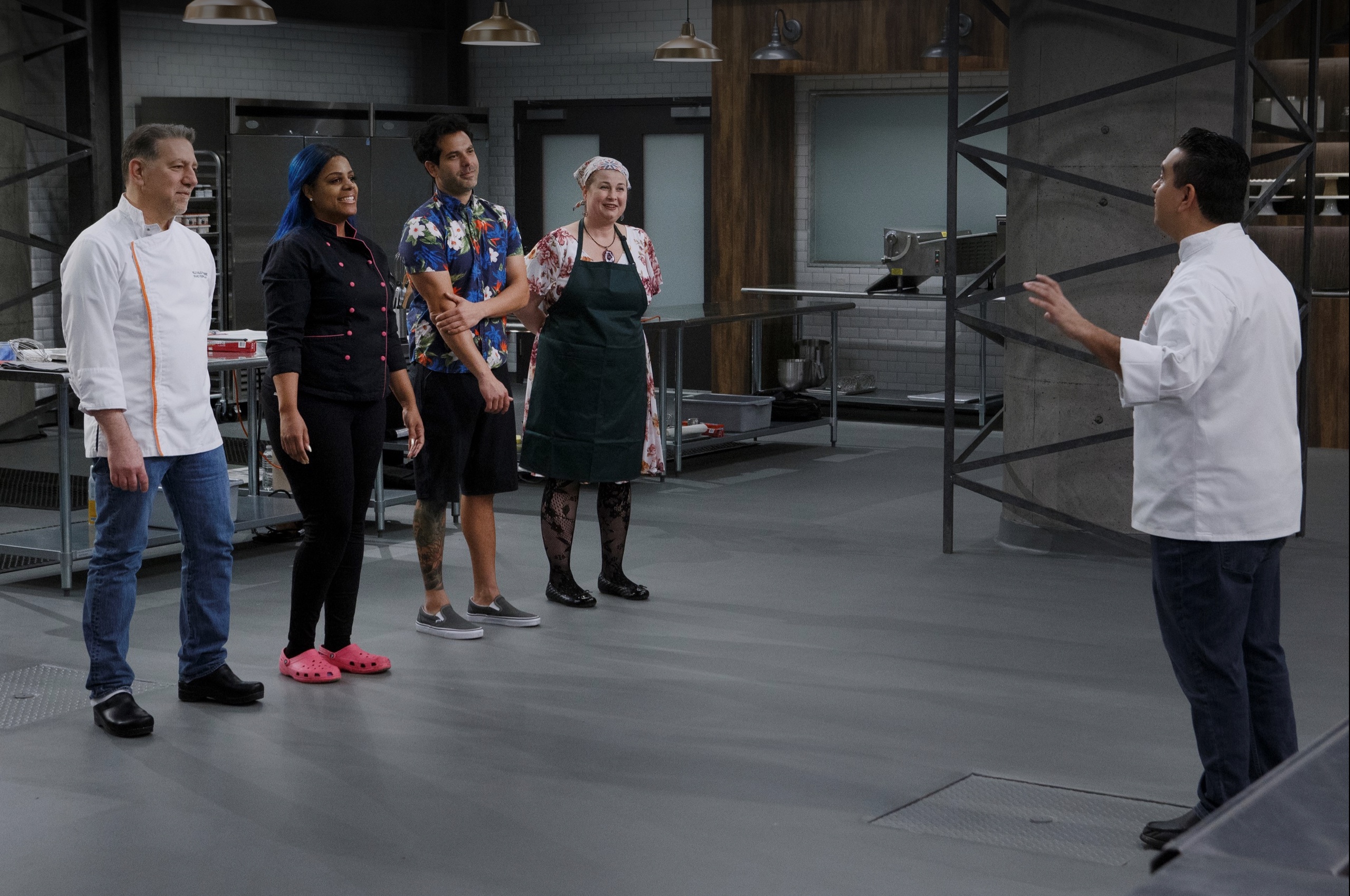 Bake You Rich is the studio-based, hourlong, close-ended series where four professional bakers compete to have their signature creations produced and sold online.  Hosted by Buddy Valastro, the format takes the contestants on a journey from a brightly-lit, beautifully appointed studio kitchen to a real-life cake factory production floor.  First the bakers must produce their signature creations on a small scale, then mass-produce as many of them as possible in the factory setting.  There are eliminations along the way until one baker is victorious.

That winning baker’s creation becomes available for delivery on Valastro’s online platform immediately after the episode airs.  And audience members nationwide get the opportunity to taste the dessert for themselves.