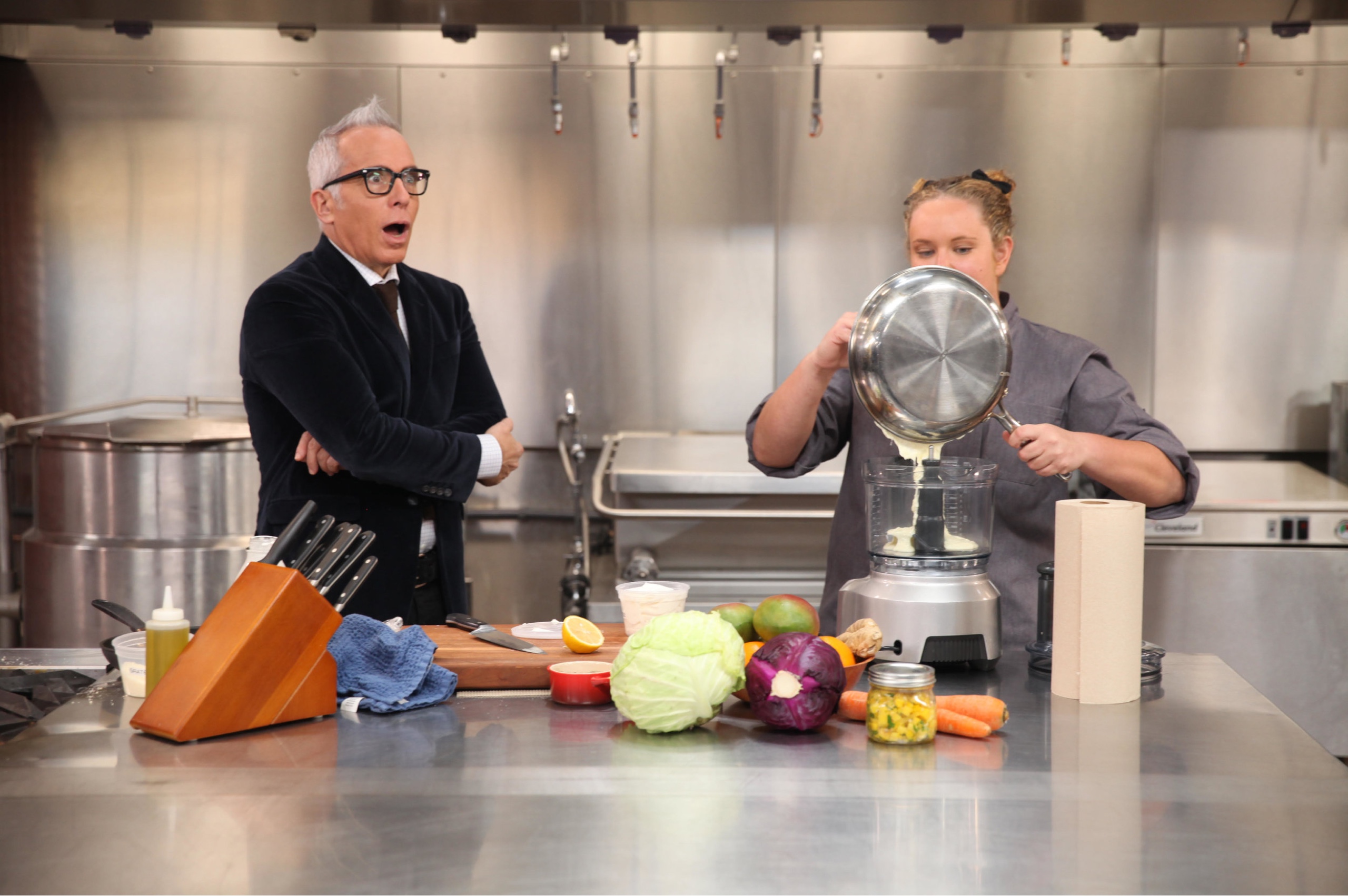 Cooks can be deceiving.

Cooks vs Cons is a fresh new spin on the traditional culinary competition format. Two amazing home cooks do battle against two professional chefs in two rounds of competition. But their identities are hidden so neither the judges nor the audience knows who is who until the shocking reveals at the end of each round. The series poses the ultimate question: can a talented home cook beat a trained chef when there is a level playing field?